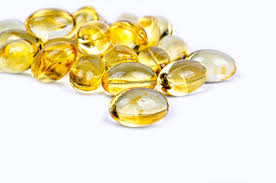 https://www.baregronn.com/product/omega-3-oil-from-fresh-salmon-and-sea-mouse/Seafood is a high-protein food that is low in calories, total fat, and saturated fat. High in vitamins and minerals, seafood has been shown to have numerous health benefits. For example, recent studies have shown that eating seafood can decrease the risk of heart attack, stroke, obesity, and hypertension. Seafood also provides essential nutrients for developing infants and children.

Calories and Protein
Seafood is generally considered to be a low-calorie protein source. Most low-fat species of fish, such as cod, flounder, and sole, contain less than 100 calories per 3-ounce cooked portion, and even fattier fish like mackerel, herring, and salmon have about 200 calories per serving. Seafood is a complete protein source. It contains enough of the essential amino acids to assure healthy growth and optimal fetal development. A 3-ounce serving of most fish and shellfish provides about 30-40% of the average daily recommended amount of protein. The protein in seafood is easier to digest because seafood has less connective tissue than red meats and poultry.

Fat and Cholesterol
Seafood is generally considered to be low in total fat and saturated fat. Most fish and shellfish contain less than 5 percent total fat, and even the fattiest fish, such as mackerel and king salmon, have no more than 15 percent fat. A large proportion of the fat in seafood is polyunsaturated, including omega-3 fatty acids, which have added health benefits.
Omega-3 fatty acids are essential fatty acids that are required for healthy human development. These organic compounds cannot be produced by the human body and therefore need to be obtained through food. Scientific evidence suggests that the marine-derived omega-3 fatty acids eicosapentaenoic acid (EPA) and docosahexaenoic acid (DHA) can help reduce the risk of heart disease and contribute to brain and vision development in infants. Fish and shellfish are the main dietary sources of EPA and DHA. The plant-derived omega-3 fatty acid, alpha-linolenic acid (ALA), is a precursor to EPA and DHA and is only converted at rates of about 0.1-9% in the human body. The American Heart Association recommends 1000 milligrams (mg) of EPA/DHA per day for patients with coronary heart disease, and two meals of oily fish per week for patients without heart disease. Fish with medium to high levels of omega-3 fatty acids include oily ocean fish, such as salmon, herring, mackerel, and sardines (see Description of Omega-3’s and Their Role in Human Health).
Cholesterol is present at varying amounts in most animal foods. Current dietary recommendations suggest limiting cholesterol intake to 300 mg per day. Almost all fish and shellfish contain well under 100 mg of cholesterol per 3-ounce cooked serving, and many of the leaner types of fish have less than 60 mg.

Vitamins and Minerals
Fish is a natural source of B-complex vitamins, vitamin D, and vitamin A (especially oily fish). B-complex vitamins have been associated with the healthy development of the nervous system. Vitamin A is needed for healthy vision as well as for healthy skin, while vitamin D is essential in bone development.
Fish is also a good source of minerals such as selenium, zinc, iodine, and iron. Selenium is a potent antioxidant that protects against cell damage and may help to counter the negative effects of mercury. Zinc is needed for cell growth and immune system health. Iodine helps maintain thyroid gland function, while the iron is important in red blood cell production. Small fish eaten wholes, such as sardines and anchovies, are an important source of calcium needed for bone development.